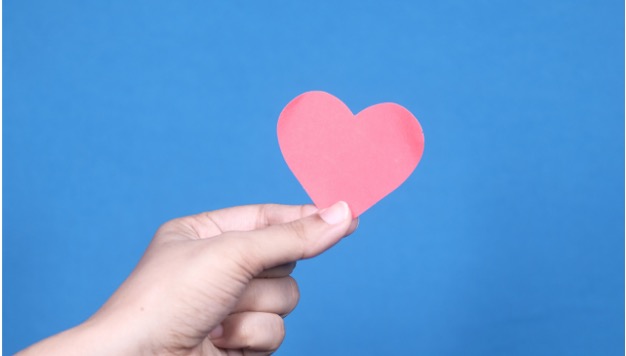 In this article we will talk about the things that we should be seeking in our life actively, but we don’t. When someone asks you, what makes you happy, the bigger population will mention high grades, high income, the lottery, a big house, boat, car etc.

Science, though, has undisputable evidence that, what we should be seeking for, are more opportunities to show kindness to one another. Does it sound cheesy? Maybe, but only to the cynical mind. There are studies that demonstrate how an act of kindness can make a person feel happier than anything else. And the dejected truth is that most of us do not pay much attention to this parameter, as it seems significantly less important that what we think we want.

Let’s have a quick look to some of these studies. In 2006, psychologists K. Otake and cooperators examined people that declared being happy and others that declared being unhappy – and tried to determine the difference that create their state. Unexpectedly, they found that it was not a matter of salary or marital status or something of the kind.

Researchers measured people’s subjective state and based on that, they split them into two groups. The very happy and the very unhappy. Following, people on both groups were asked about instances in their life where they had behaved with kindness to others, what was their motive, how much did they enjoyed it and generally, if they observe such behavior in others. To support them answering, they were shown a list of acts of kindness.

What was the key finding?

Systematically, people that declare being happy do more acts of kindness and are motivated to keep doing them.

They also recognize more these acts in others and consequently, they remember them more often. The result being that they perform such acts much more often that people that declared being unhappy.

In another study, psychologist Sonja Lyubomirsky and colleagues (2005) asked different groups of people to do acts of kindness in one day, in one week, or just to write down their daily activities (control group). And then, they measure the impact of those behaviors on their happiness level.

Their findings are as follows:

That explains why high incomes cannot make us happy. We get used to whatever we spend our money on (see previous articles) thus, these things cannot make us happy long term. Whilst it could be more beneficial for ourselves firstly and secondly to others, that we spend part of our salary doing acts of kindness.

Psychologists Liz Dunn and Mike Norton did a wonderful research on this as well. They gave people either $5 or $20 and asked them to spend them on themselves or on others.  Before going for it, though, they were asked what they predict would make them happier. The answer was to spend the money on themselves and the amount to be $20 rather than $5.

This proved to be another misjudgment made by their minds, as the results of this study revealed something different. What happened was that people who spent the money in others had a significant positive impact in their level of happiness, compare to those who spend it on themselves. And the amount spent was not relevant at all!

This research was then spread and conducted in different countries, cultures, and economies, showing that – whatever the circumstances of people- the results were the same. An act of kindness can make a person deeply and intensely happy.

Thus, psychology verifies that an act of kindness can influence your happiness level. It can increase your positive state. Consequently, your readiness to repeat acts of kindness again and again increases – and so are the happiness you bring to yourself.

it / them. Help yourself to improve your state. It is easy, does not cost much and the impact can be huge! Thus, right now, what you can do?

We have always tried to accommodate your needs, so that you don’t feel that you cannot give to yourself what it needs- in terms of... END_OF_DOCUMENT_TOKEN_TO_BE_REPLACED

Join our ICF accredited True Me Breakthrough Coaching Academy Program – Professional Coach_ Level 1 and Level 2 Graduates of our accredited programs will be... END_OF_DOCUMENT_TOKEN_TO_BE_REPLACED

This website uses cookies to improve your experience while you navigate through the website. Out of these cookies, the cookies that are categorized as necessary are stored on your browser as they are essential for the working of basic functionalities of the website. We also use third-party cookies that help us analyze and understand how you use this website. These cookies will be stored in your browser only with your consent. You also have the option to opt-out of these cookies. But opting out of some of these cookies may have an effect on your browsing experience.
Necessary Always Enabled
Necessary cookies are absolutely essential for the website to function properly. This category only includes cookies that ensures basic functionalities and security features of the website. These cookies do not store any personal information.
Non-necessary
Any cookies that may not be particularly necessary for the website to function and is used specifically to collect user personal data via analytics, ads, other embedded contents are termed as non-necessary cookies. It is mandatory to procure user consent prior to running these cookies on your website.
SAVE & ACCEPT
×
×